It was a true honor to be chosen to work with the Property Brothers on one of their most popular shows, Celebrity IOU for HGTV. MGC Decks was selected to work on the exterior renovations for two episodes airing on Season 3 of Celebrity IOU. The two episodes were with celebrities, Kevin Hart and LeAnn Rimes. Both celebrities picked friends in the LA area and surprised them with a complete home renovation.

The Property Brothers are as nice as they are tall! Michael Gabso, standing 6’ tall, was shocked to be working next to the Brothers and appear to be short! The Brothers did not even need ladders to install wood cladding on a feature wall. Their building and design skills are unmatched. It was fun for the MGC Decks team to be a part of the full production. Working on a strict timeline to complete the projects on for filming day was challenging but extremely rewarding.

Be sure to check out the next episode of Celebrity IOU on HGTV where Michael Gabso and MGC Decks work with Drew and Jonathon Scott to transform Kevin Hart’s IOU into an amazing exterior space. 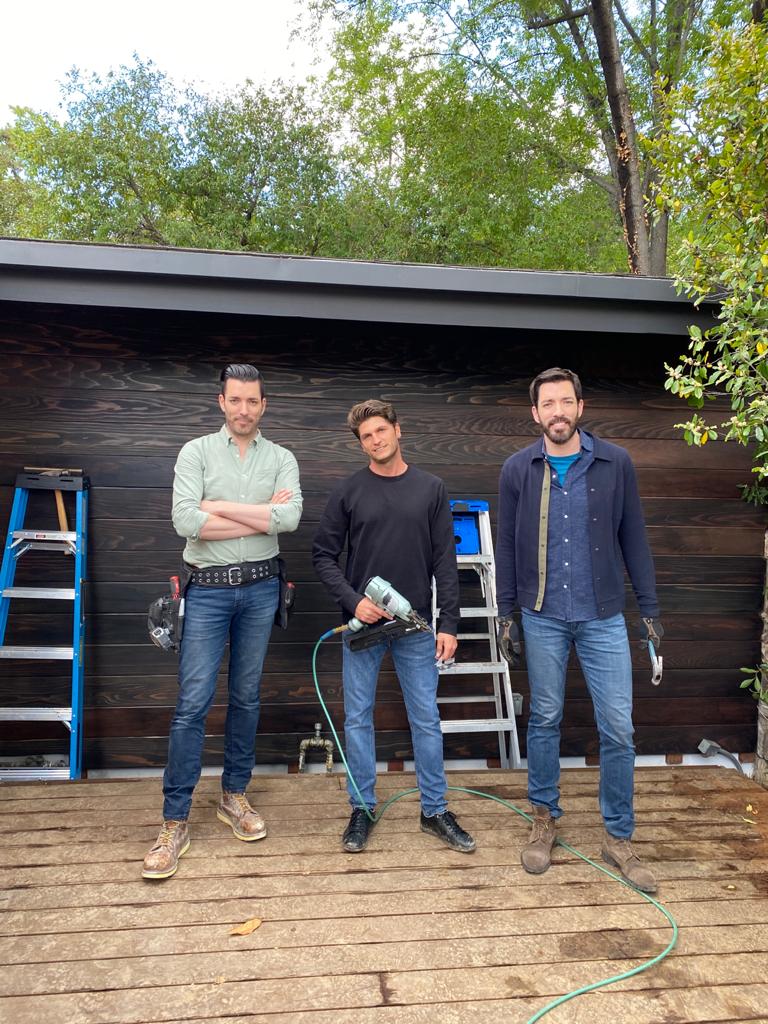